Continuing the global prestigious awards, TDB was recognized as the “Best local trade finance bank in Mongolia” for the fifth consecutive year and awarded on September 9th, 2015. 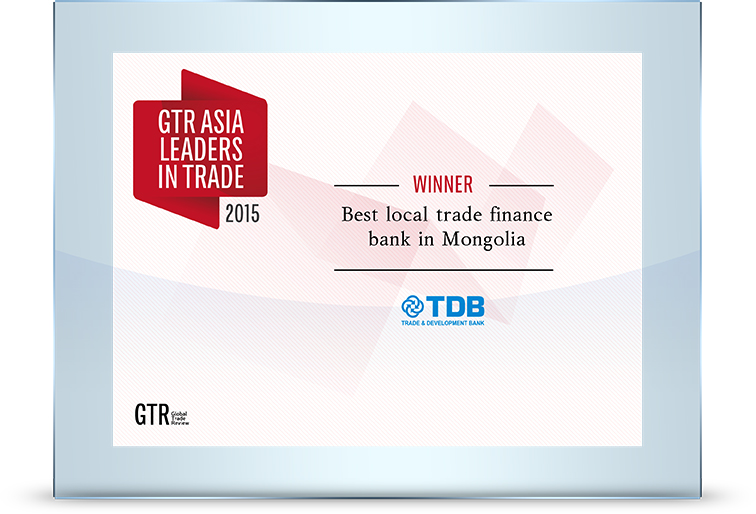 The globally acknowledged this event is organized by Global Trade Review (GTR) annually and known as its honest selection. The selection is voted by GTR readers in favor of Asia’s leading banks, financial institutions, insurers and lawyers.

As of June, 2015, TDB has obtained over 522 million trade finance lines established by 45 international banks and financial institutions and supported the foreign trade related entrepreneurs. TDB’s global presence and expansive network of correspondent banks enable us to deliver a wide range of financial services for trade finance operations in any region of the world.

At the end of second quarter of 2015, TDB’s leading the banking sector with total asset of MNT 5,887.3 billion, capital funds of MNT 720.2 million and the total income of MNT 91.1 billion. We, on behalf of TDB, would like to congratulate and thank all employees, valued customers, and partnering organizations for their effort and commitment.